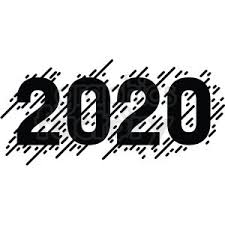 This 2020 year has been an extraordinary year for everyone, but some more than others. In this 2020 review I’ll be telling the story of a young girl from Nashville, Tn. The early morning of March 10, 2020 she woke up to her school alarm going off, she snoozes the alarm to get five more minutes of sleep. Seconds later her sister comes into her room shining the brightest flashlight in her face, telling her the news that school had been canceled.

Not knowing whether or not to be happy or in shock she asks, “Why?” Then she was told about the horrific events that occurred while she was asleep. A tornado had hit the city and destroyed streets, trees, and homes. Her sister took her driving down the street to see what damage had been done. It was merely 5:30 am, pitch black outside,and roads were terrible.

Seeing all the homes that were destroyed was heartbreaking, seeing all the people that were forced to leave their homes and live in hotels without any help. Most people lived in hotels or with their distant family members. It hit harder for her because these weren’t people you would see on tv, these were her friends and people she calls family. Not being able to help them made things worse.

Along with all the power being out, the local grocery store was blocked off because the tornado hit it. That meant people had to go a while without being able to get to the stores for the basic necessities. The power was out for 5 days, this meant the food in the fridge went bad and our only option was to eat out, that’s if those places were open. After being there for 2 days she went to stay with her cousin right outside of Nashville. This tornado hitting was just the beginning of the long heartbreaking year of 2020.