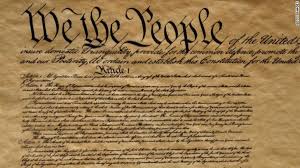 Although Associated Press and virtually every other news network have called the race for Vice President Biden, the election is not over yet. Vice President Biden has the win locked up as his lead in Georgia and Pennsylvania and pretty much all the long hall swing states that were contested in this election grows, but President Trump has refused to concede meaning that technically the election is still ongoing weeks after Election Day, something this country hasn’t seen for 20 years.  Trump’s unwillingness to concede has caused waves of turmoil to wash over the country. This lack of appreciation for election etiquette is leaving the country divided and splitting it even more- not only between candidates but also the splitting the Republican party, the US government, and even families which could have disastrous effects that would ripple out through the future for decades to come.

The split in this country has been noticeable all throughout the Trump Administration from Muslim Travel Ban to Impeachment to the Black Lives Matter Movement and even catastrophically through something as vital as COVID19 safety matters and masks. We can’t deny that this split is happening, and it seems as if as Trump’s reign goes on, with each act the president continues to tear this country apart.  It seems though this narrative has been heard before, and although very true, this new problem of concession might be the biggest splitter yet.

On Twitter, (Being his preferred media for spitting out fake news) since 2016 we have seen posts such as “when the looting starts, the shooting starts”…“He won because the election was Rigged“…“Radical Left…” and other nonsensical comments in all caps that sow division in the US. The latter of those comments especially pointed towards the election makes the results for the 72,948,280 or so people who voted for Trump less and less likely to believe the hard truth that their candidate didn’t win.

Trump’s pride and ego make it very hard for him to concede that he lost the election especially after so many misleading tweets or sometimes outright falsities that have tied him into a bind of self-denial about the reality of the world. We might never actually hear a concession from him which could have disastrous and even devastating effects potentially leading to a civil war – the ultimate split.’

We all joke about it, but we might soon face an unheard-of constitutional crisis or even a Coup-D’etat come Inauguration Day putting those of his supporters in a challenging position and a choice between their country and their candidate. Though these may seem like some extreme situation that is extremely improbable, we need to be prepared for this kind of situation, Trump is firing all those who get in his way, and hiring new Trump loyalists into very high positions of power which to some or even most could be interpreted as a preparation for an upcoming rebellious event if he doesn’t get his way.

We have also seen a split in the Republican Party as the group  known as “Never Trumpers“ grows. Those who feel their loyalty belongs to the Constitution and not to their candidate have started to call for Trump’s concession. On one side we have “Congratulations to President-elect Joe Biden.  Some realize that there is only one right answer.  “I’ll say exactly what I said to President-elect Trump four years ago: Let’s work together to defend liberty, the Rule of Law, and the Constitution,“ explained US Representative, Justin Amash.

On the other side, we have Trump Loyalists who somehow believe the election was actually rigged.  It is time for both parties to realize the truth.  “If Republicans don’t dig in and fight this fraud now, we will never win another election again,” elaborated Doug Collins, a US Representative.  Both these men are Republicans, same party, but yet Trump not conceding, they have been forced apart by this choice of constitution or party. If Trump would only concede, both of these men could come together to make needed new legislation, but yet Trump’s refusal to do so is forcing many to make this difficult choice.

Lastly, in families all across the country, we see a divide, even in the First Family it is happening. Both Trump’s wife Melania Trump and his son-in-law Jared Kushner have encouraged Trump to accept the loss and concede the race to Vice-President Biden, while other family members such as Eric Trump and Donald Trump Jr. have encouraged him to keep fighting and try and hold on to the presidency. When families start to split, you know that things have gone too far with this president. Invisible families all across the country face similar splits in political opinion.

We can only assume that unless Trump chooses to admit a loss and call it a day on his political career we will continue to see this horrible and fast-growing abyss between the two sides. This rip in the American fabric is a slow but steady tear from political extremities.  The clench like grip on ideals as well as opinions have slowly dragged this country in half unless we see a concession from Trump.

He must act, and the sooner the better – the sooner, the faster we can get back to resowing the unity American used to experience, the sooner we can get back to being a country again, as Biden famously said “ I’m running as a Democrat, but I will be everyone’s president “. It’s time for Trump to let go of his power, to realize that the day is up, he fought hard, he did a lot better than most expected, but his political sun is setting and Biden’s is rising,

It is time to sew this country back together- you, me, republicans, democrats, the times are already hard enough, let’s get through this together, democrat for republican, liberal for conservative, let’s all let out a hand (gloved of course) and start sewing the fabric of our nation back together.