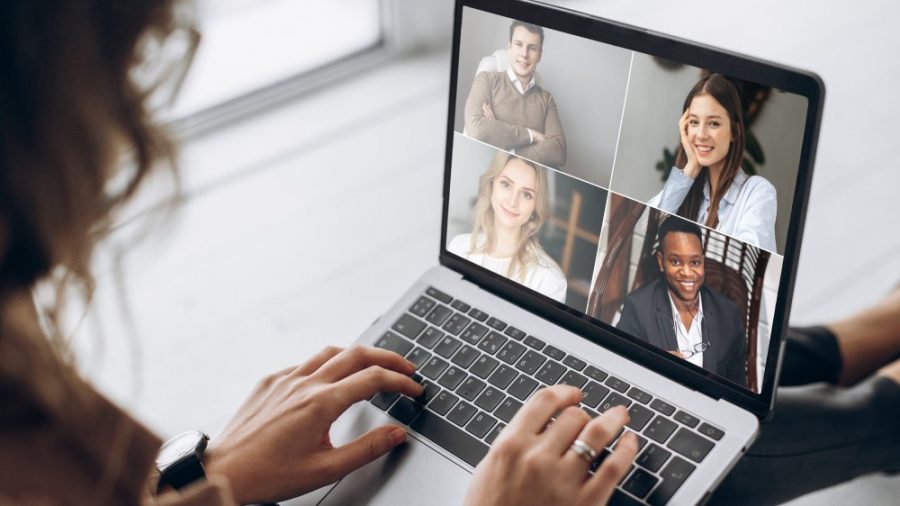 Following a leadership conference last semester, a committee got together to discuss ways to improve our school and pinpoint big problems and how to solve them. One of the biggest problems that they came up with was the lack of connectedness between teachers and students. Thus they created the Committee for Connectedness, a group that would try to create bonds and break relational barriers between the two groups of people.

Of course with COVID19, most interactions were being done over Google Meets, and after a survey was put out, they found that only 3% of the school’s students consistently keep their camera on. There were various reasons given, but most agreed that it was because they felt too insecure to have their camera on or they didn’t feel comfortable being the only one in the google meet with their camera on.

Freshman Isabel Cazares, a student who chooses to have her camera off, says “ It’s easier and less effort. I can be slouched and relaxed without the worry of people watching me.”  After learning this information, the committee decided to center a campaign on encouraging students to turn on their cameras. They would do raffles and give out prizes to those who would turn their cameras on during class.

Although the contest did not entirely represent those who turned on their cameras ( it was partially based on luck ), it served its purpose in encouraging students to turn on their cameras, and was a wonderful success. Mrs. Rucinski, the head of the committee, said “I personally received very positive feedback from our staff members who appreciated the effort that was made by the student committee. I believe that it gave teachers another opportunity to reinforce the importance of building relationships with students, which many feel happens more naturally when they can see one another on the screen.”

Freshman TaLea Carter, a winner of the competition said of the prizes “I got a $10 McDonald’s Gift Card, and 3 Culver’s coupons, which was worth it.”

The school would only have to pay $1400 give or take a few, and theoretically nearly everyone who could, would have their cameras on. Of course numerous factors prevent this. The idea is only meant to be comical but the question still remains, how much does the school value connectedness? How much would it be willing to pay?