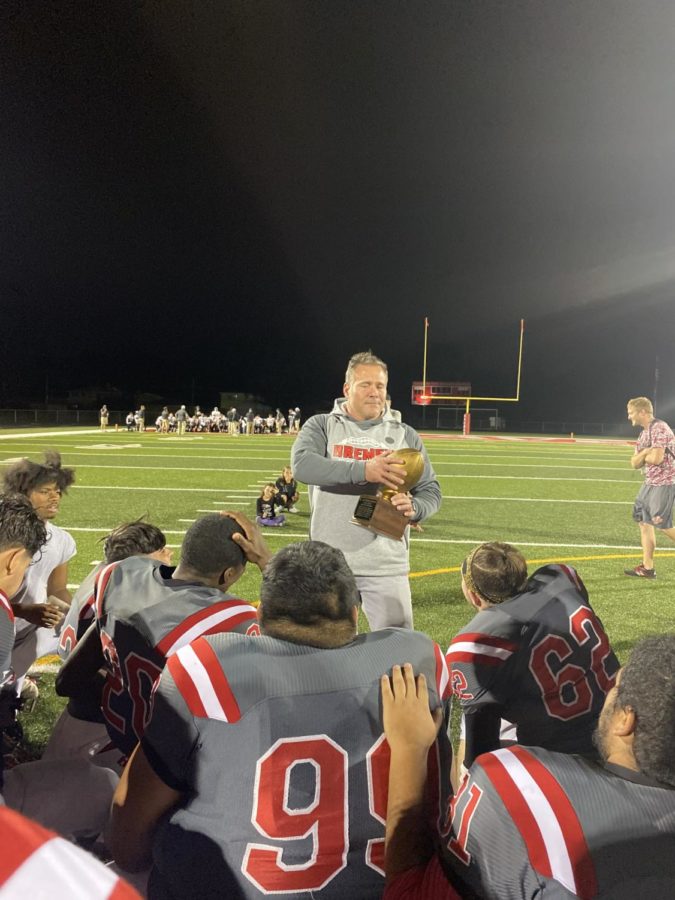 The Bremen football team is making preparations for the upcoming 2022 season! Despite losing graduating seniors, the Braves look to make this next season a winning one through hard work and determination!

Jawon Dortch, for the Echo

Some join football as a Freshman and come with a whole lot of prior experience to playing the game.  Others join after their freshman year and maybe don’t know a lot about the game.  One thing is certain, they work as a team and always strive for the best.

It doesn’t matter when a person joins, all that matters is that you are ready to give it your all.  The Bremen Braves Football athletes all have something in common, they play good, and they practice well also!

Even though the school year is almost over and the students will be entering the Summer Break season, The BHS football players will be at it again soon to prepare for the 2022 season!

The football players meet in the summer before school even begins.  Practices are usually held from 11-1 as students workout without equipment and then from 12-2 with helmets and shoulder pads and jerseys.

There are plenty of spots for those who want to be part of the football team at BHS.  Some of the coaches for the 2021 JV team are Owens, French and Hitt.  The JV team from last year had around 20 players.  The Varsity team had approximately 25 players.  Some of the Varsity coaches last year were Stell, O’Shea and Ross.

Judging on the 2021 season, 2022 should be an exciting year.  This past year’s football season had some spectacular games with some phenomenal plays.