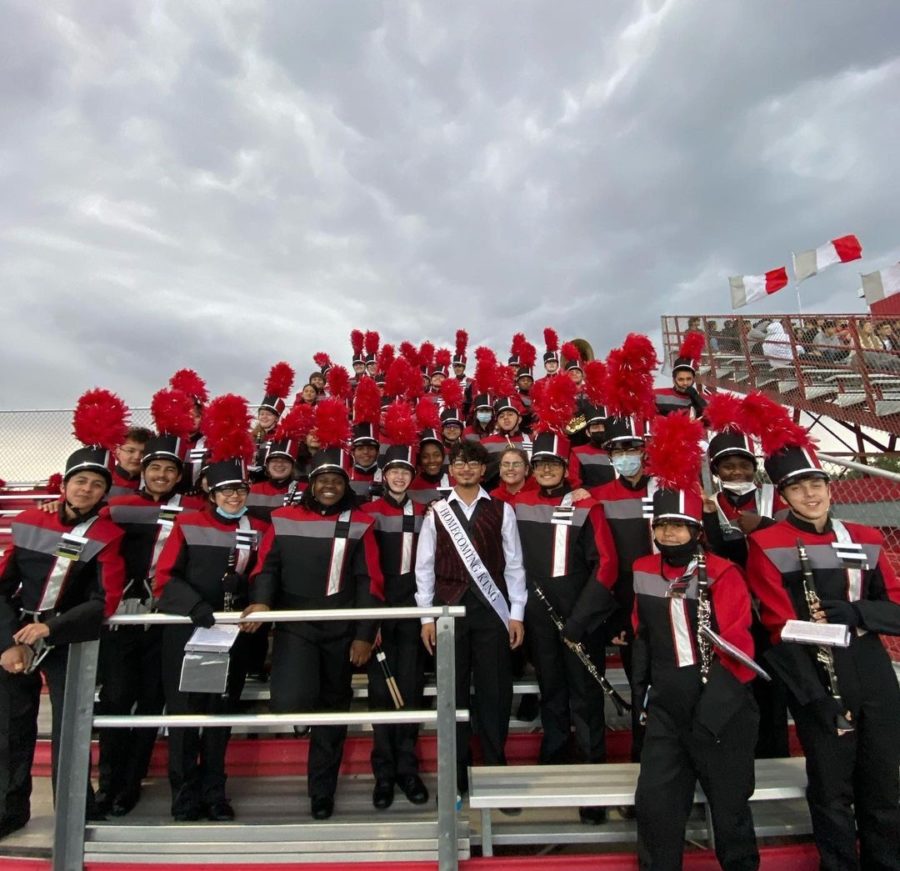 The band is run by Mr. Salgado at Bremen High School.  There are many people involved in the band at BHS.

Believe it or not there were 55 to 60 people involved in the band this year for 2022 which is quite interesting and exciting due to past Covid problems.

It is nice to know that there will still be a high amount of participation in the band for years to come as many of the students come from the feeder schools and have been practicing instruments for quite a few years.  “I have been playing the clarinet for four years.” says Kiera Boos, BHS Freshman that came from a feeder school in the area.

The Bremen Band participates in so many school functions.  They are known to walk through the halls of Bremen piping the loud, harmonious sounds to get students hyped up during sending students off to a competition.

The Bremen Band plays at school assemblies so spectators have some lovely sound, however, they play at many other events as well.  The Braves Band members play as a Football Pep Band and a Marching Band too.

In addition, they also play at competitions. This year the Bremen Band members qualified to play at a state competition for Girls Volleyball at ISU!

The Bremen Band is unique and interesting.  Most importantly “The group is very involved and dedicated!” explained 2022 band member and Junior at BHS, Kevin Gonzales.